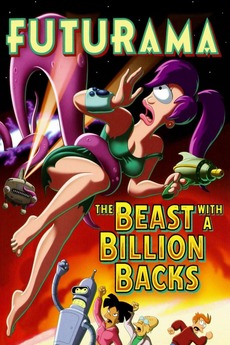 Futurama: The Beast with a Billion Backs
JustWatch

Futurama: The Beast with a Billion Backs

Fresh off ripping space-time a new one at the end of "Bender's Big Score," the Planet Express crew is back to mend the tear in reality, or (hopefully) at least not make it worse. Beyond the tear, though, lurks a being of inconceivable...tentacularity. What will become of Earth, and indeed, our universe, when faced with the Beast with a Billion Backs?

I made comprehensive lists of all the movies I’ve seen from other genres, so why not

As with all long…