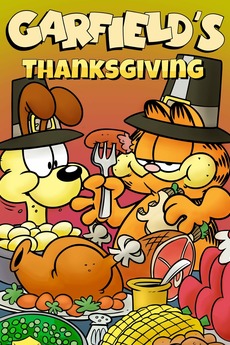 Garfield's Thanksgiving finds Jon with a love interest - a veterinarian who orders Garfield on a diet - and then comes for Thanksgiving dinner!