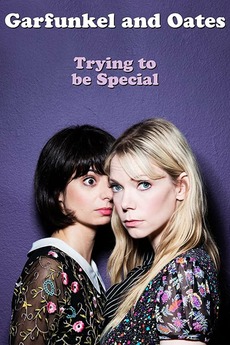 Garfunkel and Oates: Trying to be Special

Garkfunkel and Oates: Trying to Be Special is the first special by the musical comedy duo of Kate Micucci and Riki Lindhome. The pair filmed the special at the Neptune Theatre in Seattle, and it features songs, comedy, and a new Garfunkel and Oates music video.