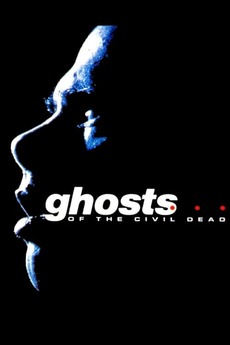 Ghosts... of the Civil Dead
JustWatch

Ghosts... of the Civil Dead

The inmates and guards of a modern, clean and efficient maximum security wing are slowly and increasingly brutalized until they erupt in violence. Dark and macabre, and based in truth, the story is told in a traditional dramatic style combined with telephone interviews and narration.