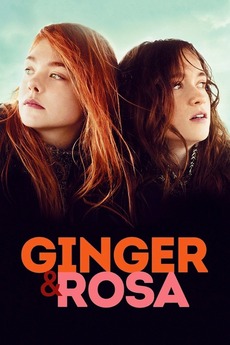 Friendship pulled them together. Love tore them apart.

A look at the lives of two teenage girls - inseparable friends Ginger and Rosa -- growing up in 1960s London as the Cuban Missile Crisis looms, and the pivotal event the comes to redefine their relationship.