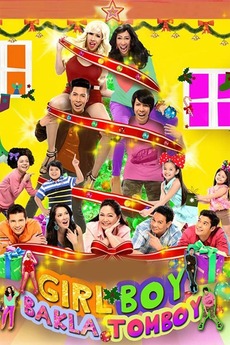 Quadruplet siblings (two boys and two girls) played by Vice Ganda were separated after birth when their grandmother steals two of the siblings (a boy and a girl) away from their mother. The stolen siblings lived a comfortable life in the US, not knowing that their mother and siblings, a gay and a lesbian, struggled to make ends meet in the Philippines. When the boy develops hepatitis that requires him to have a liver transplant from a compatible donor, their father tells them about their siblings in the Philippines, who may be possible candidates as donors. But once the siblings finally meet, pent up resentment and animosity between the girl and the gay siblings, has threatened the chances of the boy sibling's survival.

current as of 2019 films. some 2020 films included. i made a conscious effort to avoid…

lgbtq+ related movies. can't promise no sad endings but if the description looks too homophobic or twisted it's out lmao…