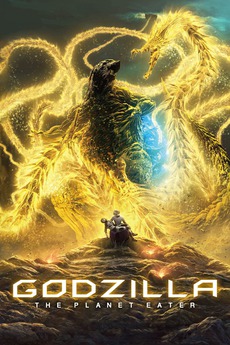 Bow down and worship the golden demise

With no means for defeating Godzilla Earth, mankind watches as King Ghidorah, clad in a golden light, descends on the planet. The heavens and earth shake once again as the war moves to a higher dimension.

100% of Things: Daikaiju-eiga and Giant Monsters

Welcome to a brand new project of mine! As I've mentioned elsewhere,…