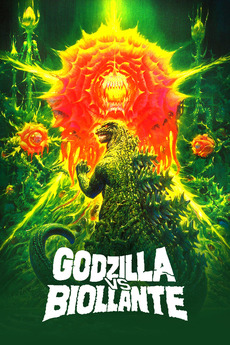 The winner of this battle would be the most enormous enemy against human beings.

After the previous Godzilla attack, a miniature arms race ensues to collect his cells. Concerned over Godzilla's possible return, the Japanese government uses the cells to create a new bio-weapon, ANEB (Anti-Nuclear Energy Bacteria). They seeks the aid of geneticist Genshiro Shiragami, who's experiments result in a new mutation.