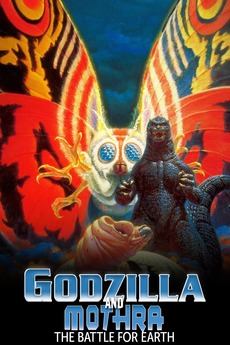 Earth S.O.S.! The battle over the future of the human race begins.

Mothra's dark counterpart, Battra, emerges to eliminate humanity on behalf of the Earth. Two tiny fairies called the Cosmos offer their help by calling Mothra to battle the creature. Unfortunately a meteorite has awoken a hibernating Godzilla as a three way battle for the Earth begins.