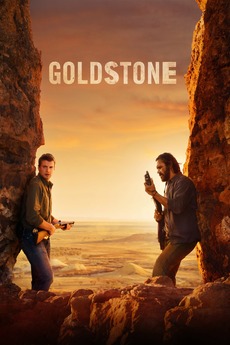 GOLDSTONE, the award-winning new feature from Australian auteur Ivan Sen (Mystery Road), is a complex and stylish crime thriller that explores themes of racism, human trafficking, police corruption, corporate malfeasance, and the trampling of indigenous people’s rights. On the trail of a missing person, troubled indigenous detective Jay Swan (Aaron Pedersen, Mystery Road) finds himself in the small mining town of Goldstone, where he is arrested for drunk driving by local cop Josh (Alex Russell, CBS’s “S.W.A.T.”). When Jay’s motel room is blasted with gun fire, it becomes clear that something larger is at play. While struggling to overcome their mutual distrust, Jay and Josh uncover a web of crime and corruption, which leads directly to the town’s cold-blooded Mayor (two-time Oscar nominee Jacki Weaver, Silver Linings Playbook) and its smarmy gold mine director (David Wenham, Lord of the Rings).