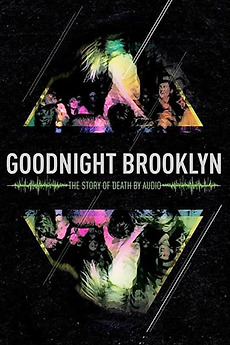 Goodnight Brooklyn - The Story of Death By…
JustWatch

Goodnight Brooklyn - The Story of Death By Audio

Death By Audio, an underground art and music venue, is forced to close in 2014. The film focuses on the struggles of maintaining a community in the face of Brooklyn property development, hostile construction workers, and a one billion-dollar company.