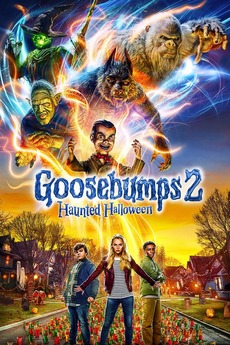 Two boys face an onslaught from witches, monsters, ghouls and a talking dummy after they discover a mysterious book by author R. L. Stine.

One of my favorite genres. Got this idea from yankee88!

A chronological list of films featuring werewolves, wolf-men and she-wolves.

I wrote a book about some of them: edinburghuniversitypress.com/book-phases-of-the-moon.html