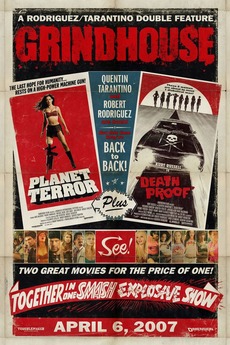 A double feature that'll tear you in two!

Two full-length feature horror movies written by Quentin Tarantino and Robert Rodriguez put together as a two-film feature. Including fake movie trailers in between both movies.