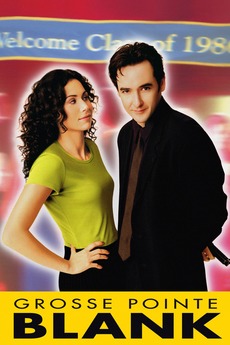 Even a hit man deserves a second shot.

Martin Blank is a hitman for hire. When he starts to develop a conscience, he botches a couple of routine jobs. On the advice of his secretary and his psychiatrist, he decides to attend his ten-year high school reunion in Grosse Pointe, Michigan.