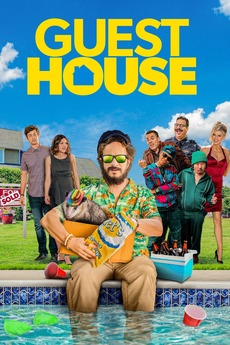 They're kicking him to the curb. He's just kicking back.

A newly engaged couple finds the home of their dreams and it quickly becomes a nightmare when the previous owner's friend continues squatting in their guest house. It leads to a turf war that ultimately ruins their house, their marriage and their lives.