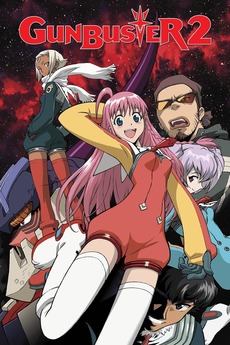 The future of humanity rests on both of them!

Nono is a clumsy waitress who dreams of becoming a space pilot. One day, she meets Lal'C Melk Mark, a member of the elite psychic pilot team "Topless." But when space monsters appear from out of nowhere to wreak havoc on Mars, Lal'C calls out her Buster Machine—codenamed "Dix-Neuf"—to subdue the threat. During a battle with a Space Monster, Lal'C gets the surprise of her life when she sees Nono use her super-strength to help Dix-Neuf destroy the alien. From that point, Nono hangs along with Lal'C in hopes of becoming a member of Topless.

Originally created as a reference list for the Non-Ghibli Anime Special for my Favourite Films of the Week voting poll.…

I've picked out all the films (anything that was not an anime series, TV or otherwise, but including shorts) I…

Anime Series (that are on Letterboxd)

Not sure why, but here's THE MOST comprehensive list of them for your enjoyment