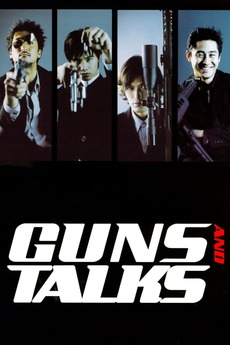 Guns & Talks is a South Korean film released in 2001. Directed by Jang Jin, it is a comedy about two brothers and their two friends. These four form a group of assassins, who have attracted the attention of a couple of pesky detectives, Sergeant Kim and Inspector Cho.

work in progress. films that are available online

Life as Fiction: The Best of South Korea

These are my favorite films from South Korea—all rated 3.5 or higher. I've seen over 300 now according to Letterboxd.…