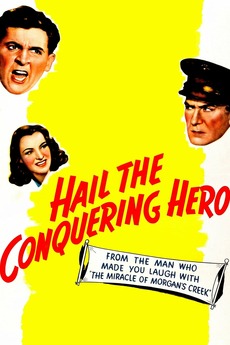 Having been discharged from the Marines for a hayfever condition before ever seeing action, Woodrow Lafayette Pershing Truesmith (Eddie Bracken) delays the return to his hometown, feeling that he is a failure. While in a moment of melancholy, he meets up with a group of Marines who befriend him and encourage him to return home to his mother by fabricating a story that he was wounded in battle with honorable discharge.