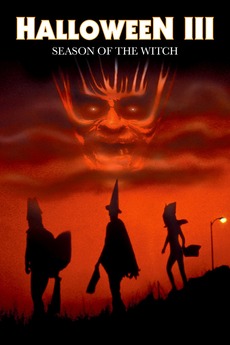 Halloween III: Season of the Witch

the night no one came home.

Dr. Daniel Challis and Ellie Grimbridge stumble onto a gruesome murder scheme when Ellie's novelty-salesman father, Harry, is killed while in possession of a halloween mask made by the Silver Shamrock mask company. The company's owner, Conal Cochran, wants to return Halloween to its darker roots using his masks -- and his unspeakable scheme would unleash death and destruction across the country.

procrastinating rn, and once again thinking about horror, so taking a page from the book of mike. basically all horror…