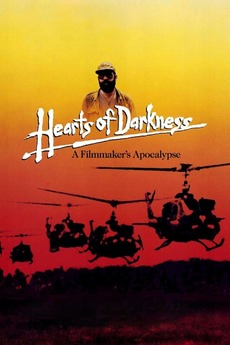 Hearts of Darkness: A Filmmaker's Apocalypse

The magic and madness of making Apocalypse Now

A chronicle of the production problems — including bad weather, actors' health, war near the filming locations, and more — which plagued the filming of Apocalypse Now, increasing costs and nearly destroying the life and career of Francis Ford Coppola.