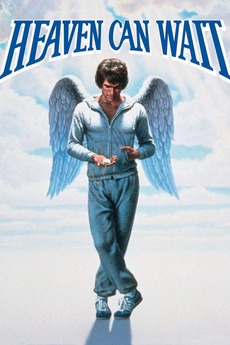 Joe Pendleton is a quarterback preparing to lead his team to the superbowl when he is almost killed in an accident. An overanxious angel plucks him to heaven only to discover that he wasn't ready to die, and that his body has been cremated. A new body must be found, and that of a recently-murdered millionaire is chosen. His wife and accountant—the murderers—are confused by this development, as he buys the L.A. Rams in order to once again quarterback them into the Superbowl.