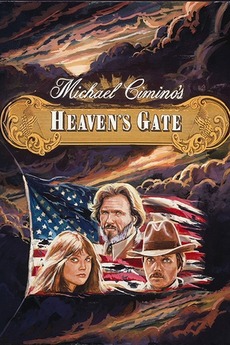 What one loves about life are the things that fade.

Harvard graduate James Averill is the sheriff of prosperous Jackson County, Wyo., when a battle erupts between the area's poverty-stricken immigrants and its wealthy cattle farmers. The politically connected ranch owners fight the immigrants with the help of Nathan Champion, a mercenary competing with Averill for the love of local madam Ella Watson. As the struggle escalates, Averill and Champion begin to question their decisions.