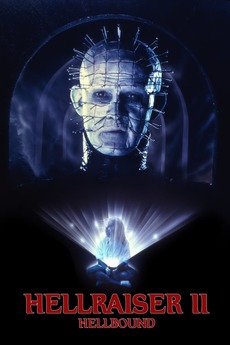 Doctor Channard is sent a new patient, a girl warning of the terrible creatures that have destroyed her family, Cenobites who offer the most intense sensations of pleasure and pain. But Channard has been searching for the doorway to Hell for years, and Kirsty must follow him to save her father and witness the power struggles among the newly damned.