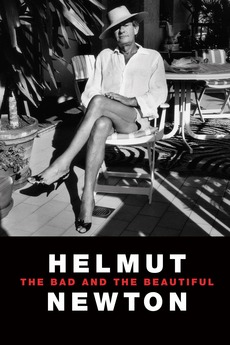 Helmut Newton: The Bad and the Beautiful
JustWatch

Helmut Newton: The Bad and the Beautiful

Women were clearly at the core of legendary photographer Helmut Newton's work. The stars of his iconic portraits and fashion editorials – from Catherine Deneuve to Grace Jones, Charlotte Rampling to Isabella Rossellini – finally give their own interpretation of the life and work of this controversial genius. A portrait by the portrayed. Provocative, unconventional, subversive, his depiction of women still sparks the question: were they subjects or objects?

Depth of Field: Documentaries on Photography

Documentary titles on the world of picture taking, from art and fashion shooters to war photographers and paparazzi.

I almost believe that the pictures are all I can feel

There are some people, when…

This is (will become) a chronological list of all movies released theatrically in Dutch cinemas in 2020. Festivals not included,…

Narrative films and feature documentaries about photographers, or at least movies which include photographers as major characters.

Doctober: A Month in the Real World

As a writer for Horrified magazine - did I mention I write for Horrified? We've got a Patreon and everything…