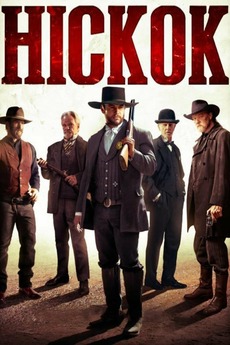 Legendary Lawman and Gunslinger Wild Bill Hickok, is tasked with taming the wildest cow-town in the West, while delivering his own brand of frontier Justice and infamous gunfighter's reputation as the fastest draw in the West is put to the test

Movies I watch from now on ranked.

How to be a man on a movie poster: Hold a gun and look tough.

Every movie I own on Blu-Ray & DVD, including 3D & 4K plus a handful of digital downloads and bootlegs. This is…

In the world of physical media, 4K UHD Blu-Ray is somewhat of an up-and-coming format, and even though it isn't…

By year: Feature films produced in 2017