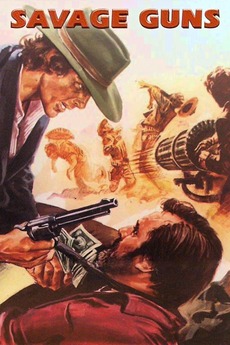 His Name Was Sam Walbash, But They Call…
JustWatch

His Name Was Sam Walbash, But They Call Him Amen

Sam is wounded by the Mash Flanigan gang who enters a saloon and kills everybody in sight including his brother. Walbash chases Flanigan to Golden City for revenge, leading to the obligatory showdown. One of the clever scenes is when gunfighters Gordon Mitchell, Lincoln Tate and Peter Martell interview for jobs and are introduced with their acting names Mitchell, Tate and Martell.

decided to make the biggest list of movies on youtube (with links!) on all of letterboxd just for lols

Every film from wikipedia's list of Spaghetti Western films en.wikipedia.org/wiki/List_of_Spaghetti_Western_films

Sure hope this list doesn't already exist otherwise I wasted…

Ranked according to date of release. (excluding euro-westerns and zorro movies)

I will be adding many more titles every chance I get to. This list is comprised of only films that…

A Thick, Heaping Plate of Spaghetti

A massive list of Italian and Spanish westerns for your visual carbo-loading pleasure.