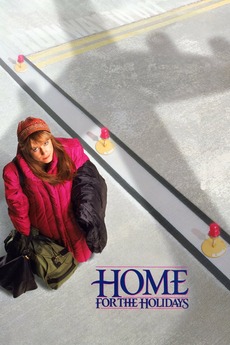 Home for the Holidays
JustWatch

Home for the Holidays

We'll do it every year... until we get it right.

After losing her job, making out with her soon to be ex-boss, and finding out that her daughter plans to spend Thanksgiving with her boyfriend, Claudia Larson has to face spending the holiday with her family. She wonders if she can survive their crazy antics.