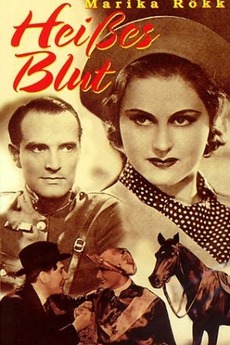 Baroness Marika von Korossy dresses up as a man, in order to compete in a horse race. Her victorious horse, Satan, will only allow her to ride him and throws everyone else off of him. That includes the dandy lieutenant Tibor von Denes, who immediately recognizes that Marika isn't a man. It isn't long before he makes friends with her and even gets her to dance with him. It's then that Marika takes off her hat and shows she's a woman, which causes jealous Ilonka von Peredy to go into a rage. When Marika is forced to sell her estate to raise money, Ilonka is able to get Marika's beloved Satan.