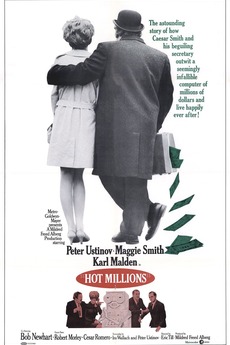 A con-artist (Peter Ustinov) gains employment at an insurance company in order to embezzle money by re-programming their "new" wonder computer.

The categories that most often represent the true best films of year.

From masterpieces to okay for an occasional laugh. LOLITA (1962) added, as this - besides being a tragedy and drama…

Recent and Very Good Movies: Every film after 1965 that's rated 3 out of 4 stars in 'Leonard Maltin's 2015 Movie Guide: The Modern Era'