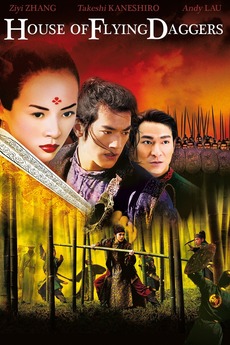 In 9th century China, a corrupt government wages war against a rebel army called the Flying Daggers. A romantic warrior breaks a beautiful rebel out of prison to help her rejoin her fellows, but things are not what they seem.