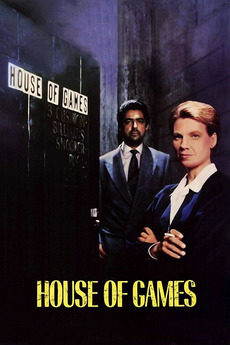 Nothing is as it seems.

A psychiatrist comes to the aid of a compulsive gambler and is led by a smooth-talking grifter into the shadowy but compelling world of stings, scams, and con men.