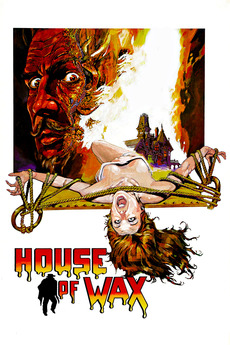 UNLIKE ANYTHING YOU'VE SEEN BEFORE!

A New York sculptor who opens a wax museum to showcase the likenesses of famous historical figures runs into trouble with his business partner, who demands that the exhibits become more extreme in order to increase profits.

Found these articles to be interesting.