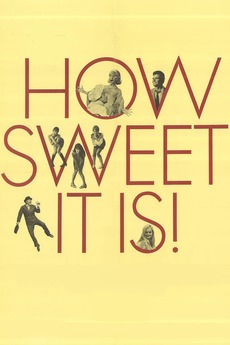 How Sweet It Is!
JustWatch

How Sweet It Is!

The motion picture that shows how far some people will go to discover How Sweet It Is!

All-American couple who try to bridge the generation gap with their free-spirited son on a trip, frisky business and misunderstandings galore ensue, all funny, vibrant and charming.