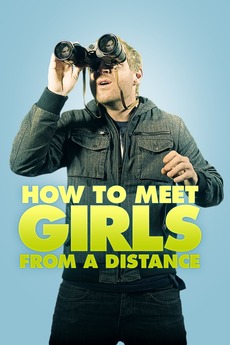 How to Meet Girls from a Distance
JustWatch

How to Meet Girls from a Distance

The peeping tom rom-com ‘How To Meet Girls From A Distance’ is a funny and heartwarming film that looks at how far we go for a crush. Premiering in Wellington as part of the New Zealand International Film Festival, How To Meet Girls From A Distance tells the story of Toby. Trying to win the heart of the beautiful Phoebe, he is determined to become the man of her dreams.

Things We Learned How to Do by Watching Movies

You can learn a lot of useful stuff (and admittedly not so useful) by watching movies. These movie titles promise…