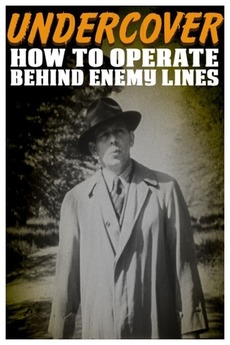 How to Operate Behind Enemy Lines
JustWatch

How to Operate Behind Enemy Lines

A training film for OSS agents who are to be dropped behind enemy lines.

Propaganda, Cinema, and Wars: A Thesis

I just started working on my university thesis, with the main theme being how cinema is used as a form…