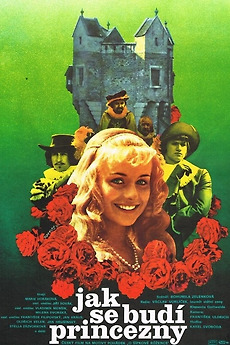 How to Wake a Princess

The king Dalimil and the queen Eliska waited to see a longed-for offspring - a daughter Ruzenka. But Eliska's envious and bad sister Melánie curses her. When Ruzenka becomes 17 years old she will prick her finger and she will fall asleep for ages together with the entire kingdom.