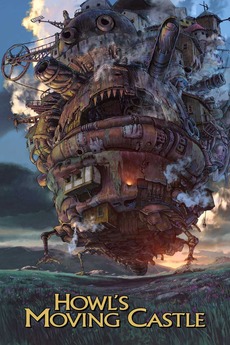 The two lived there

When Sophie, a shy young woman, is cursed with an old body by a spiteful witch, her only chance of breaking the spell lies with a self-indulgent yet insecure young wizard and his companions in his legged, walking castle.

In Your Opinion: What is the Most Rewatchable Movie Of All Time?

Essentially if you could only watch one film for the rest of your life what would it be.…