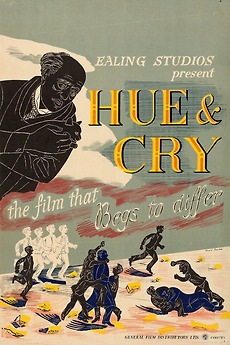 A gang of street boys foil a master crook who sends commands for robberies by cunningly altering a comic strip's wording each week, unknown to writer and printer. The first of the Ealing comedies.