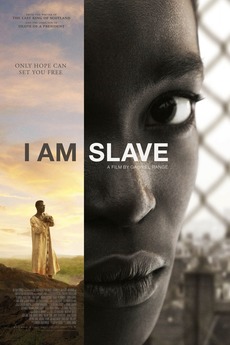 I Am Slave
JustWatch

Only hope can set you free

Based on the real-life experiences of Mende Nazer, the story unfolds as twelve-year-old Malia, daughter of champion wrestler Bah, is abducted from her Sudanese village in the Nubar Mountains by pro-government Arab militia and sold into slavery to a woman in Khartoum, who beats her for touching her daughter. After six years she is sent to London, where her name is changed, but her miserable life of servitude continues. Her passport is taken and she is told that her father will die if she goes to the authorities. Fortunately she meets a sympathetic person who seems to offer her the hope of escape and reunion with Bah ,back in Sudan. For all the film's optimism an end title states that there are around 5,000 'slave' workers currently in Britain.

See notes for additional television, ephemera, and whatnot.

Movies that made me learn something