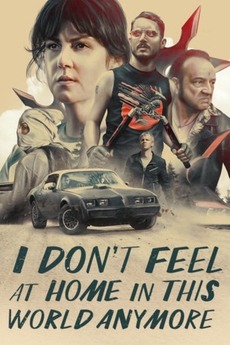 I Don't Feel at Home in This World…
JustWatch

I Don't Feel at Home in This World Anymore

When a depressed woman is burglarized, she finds a new sense of purpose by tracking down the thieves alongside her obnoxious neighbor. But they soon find themselves dangerously out of their depth against a pack of degenerate criminals.

Já Não Me Sinto em Casa Nesse Mundo, 루스에게 생긴 일, Ya no me siento a gusto en este mundo, I Don't Feel at Home in This World Anymore.