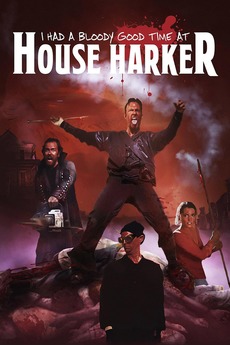 I Had A Bloody Good Time At House…
JustWatch

I Had A Bloody Good Time At House Harker

Every family has a skeleton in their closet. This one just woke up.

It's been generations since the Harkers' great-great grandfather killed Count Dracula. Now the Harker brothers and their best friend Ned are a town joke - until a real vampire turns up.

It's the most wonderful time of year! Who else is ready to dive in to some spooky films? My goal…

Films that are considered to be gory that I need to watch. The numbers don’t mean anything specific to this…

I love nothing more than watching hideous, crazed monsters carve their way through countless puny humans, and generally wreaking havoc.…

Horror movies with "House" in title

I planned on watching the Halloween series, but since I don't have any freaking money to spare, I will just…