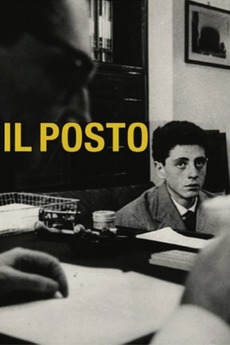 With his family mired in financial troubles, Domenico moves to Milan, Italy, from his small town to get a job in lieu of furthering his education. A lack of options forces him to take a position as a messenger at a big company, where he hopes to receive a promotion soon. There, Domenico meets Antonietta, a young woman in a similar situation as himself. The two form a tentative relationship, but the soulless nature of their jobs threatens to keep them apart.