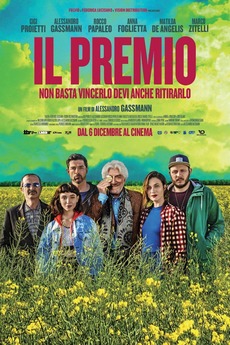 After winning the Nobel Prize, Giovanni Passamonte decides to drive to Stockholm with his sons and assistant rather than fly.