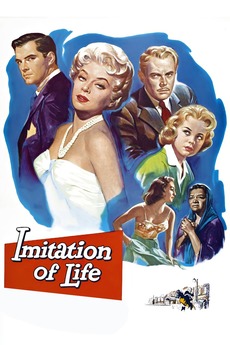 Lora Meredith, a white widow who dreams of being on Broadway, has a chance encounter with Annie Johnson, a black single mother. Annie becomes the caretaker of Lora's daughter, Susie, while Lora pursues her stage career. Both women deal with the difficulties of motherhood: Lora's thirst for fame threatens her relationship with Susie, while Annie's light-skinned daughter, Sarah Jane, struggles with her African-American identity.