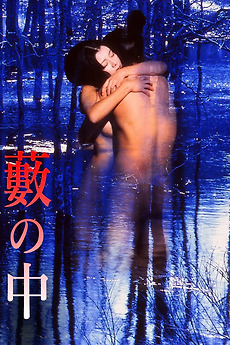 In a Thicket
JustWatch

Sato's re-imagining of In a Grove, on which Rashomon was based. In this version, instead of a web of lies and agendas, we get a web of desires, perversions like incest, and occult phenomenon like an oracle-demon, hallucinations, and human sacrifice. Once again, the story starts with a detective trying to unravel the story of a man and a woman encountering a bandit-rapist in the woods, but the real story keeps turning out to be unfathomable as layer upon layer of strange motives and events keep turning up.

.rare.obscure.underground. As I stroll around Japan I tend to encounter many ghosts...

Japan cinema is one of my favorite things.…

Weird films that aren't necessarily experimental, or are at least partly narrative.

I've been asked a few times to make a ranked list of Hisayasu Satô films, so, finally, here it is!…

“Old men watch them for pornographic content,” [Takahisa Zeze] said. “Young people come for the sake of art. The audience…

Films I Have on My Hard Drive

I have a 4tb hard drive that I'm trying to fill. I'm primarily interested in rare and hard to find…

a list of all japanese movies that i've watched so far. i'll keep adding them all here. (it's listed in…