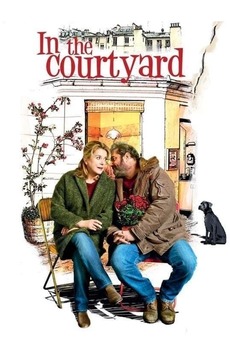 In the Courtyard
JustWatch

Antoine is a musician. The forties, he suddenly decides to end his career. After a few days of wandering, he gets a job as a janitor. Mathilde lives in the old building in the east of Paris where he takes office. This is a young retiree, generous and involved, who divides his time between his associational activities and the life of the condominium. One night, she discovers a disturbing crack on the wall of his living room. Gradually, his anxiety grew to turn into panic and if the building collapsed ... Slowly, Antoine befriends the woman he feared to see slip into madness. Between slips and concerns, both form an awkward tandem, humorous and solidarity which will, perhaps, through this bad patch.