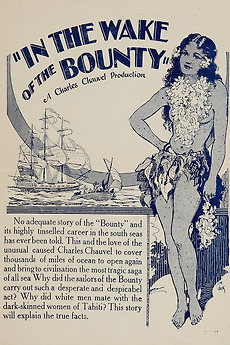 In the Wake of the Bounty

The film explores the story of the Bounty and is based on the 1932 novel Mutiny on the Bounty by Charles Nordhoff and James Norman Hall.