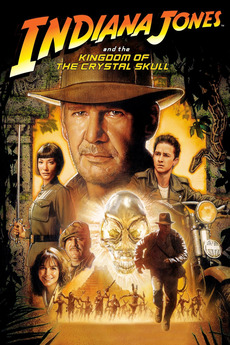 Indiana Jones and the Kingdom of the Crystal…
JustWatch

Indiana Jones and the Kingdom of the Crystal Skull

Set during the Cold War, the Soviets – led by sword-wielding Irina Spalko – are in search of a crystal skull which has supernatural powers related to a mystical Lost City of Gold. After being captured and then escaping from them, Indy is coerced to head to Peru at the behest of a young man whose friend – and Indy's colleague – Professor Oxley has been captured for his knowledge of the skull's whereabouts.

Criteria is May through August US release dates , so sorry to The Matrix, LOTR, The Incredibles, even Infinity War/Endgame…

Some of these aren't strictly 'pure' action films but 'action' has always been a flexible genre.