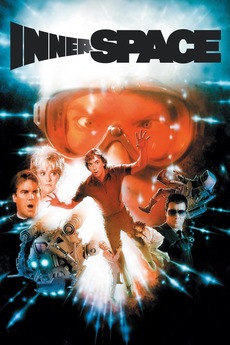 Test pilot Tuck Pendleton volunteers to test a special vessel for a miniaturization experiment. Accidentally injected into a neurotic hypochondriac, Jack Putter, Tuck must convince Jack to find his ex-girlfriend, Lydia Maxwell, to help him extract Tuck and his ship and re-enlarge them before his oxygen runs out.