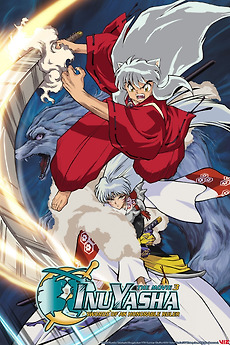 Inuyasha the Movie 3: Swords of an Honorable Ruler

The Three Swords of the Fang collide in an epic battle!

Inuyasha and his brother, Sesshomaru, each inherited a sword from their father after his death. However, their father had a third sword, named Sounga, that he sealed away. Seven hundreds years after his death, Sounga awakens and threatens mankind's very existence. How will the children of the Great Dog Demon stop this unimaginable power?